ROLE: Group Leader for Modaxo in The Americas focused on supporting new acquisitions.

When your uncle is in the Kansas Rock and Roll Hall of Fame (yes, there is such a thing), and your mother was a professional opera singer in Vienna, music is an essential part of who you are. Terry Hinman, Group Leader at Modaxo and based in Iowa City, Iowa, might not be necessarily rocking it out like his family – but he loves to sing and does so regularly in his community choir.

He’s doesn’t shy away from the limelight! Or all the video calls necessary to doing business during the pandemic. “Everybody across the world is much more used to being on camera now,” he says.

In fact, Terry aspired to be a sports broadcaster, being in front of the camera and reporting on his favorite teams, the Tottenham Hotspurs, based in North London, and close to home Iowa Hawkeyes college football team.

He went to school for communications with a focus on broadcasting and film but went a different route for his career. The economy was sputtering and job openings in his field were scant at the time. “It was in the ’90s and the economy wasn’t super, so I struggled to find work right out of college. I ended up taking a job on the phones with MCI,” Terry says. Opportunity knocked.

MCI was integral in changing the landscape of the U.S. telephone service with competitive long-distance charges that ultimately led to the breakup of the telephone monopoly in the country.

As well, his radio voice training was an asset for his first job with the company as an inbound customer service representative.

“The industry was booming. Very quickly I had chances to move up and do a lot of different things. I got to see a little bit of the entire business: HR, training, sales marketing, stats reporting, I did all of that or I was exposed to all of that for six months. At the end of that I was given the opportunity to pick what I wanted to do. And I was like, well, I want to do operations.” Most people chose sales, so he was the first of his cohorts in two years to not opt to go into sales.

“If you know me, you know that’s not a big surprise,” he says of his behind-the-scenes management style. “I picked operations and was doing IT support and managing IT.”

That was just the beginning of the better part of a decade in the telecom business, at one point running a call center in Cedar Rapids, Iowa and then leading another provider in establishing a fiber network through the west and Midwest U.S.

Following the September 11 attacks on the U.S., the company Terry was working with went bankrupt and he was looking for a place to take his skills and business acumen. Friends suggested the potential to do some project management work with Siemens on their transit product. Eventually, that work lead Terry to Trapeze and finally Modaxo.

While Terry has seen a lot of business acquisition in his career, he was often unimpressed with how the purchased companies were integrated into the parent company’s operations. So he did it his way, improving business integration and stakeholder relations, and went on to become a VP of Business Integration with Modaxo.

Now he’s bringing his success strategies to his coaching role with Modaxo’s global transportation technology companies, including Cittati and Empresa 1 in Brazil as well as TransTrack and TransLoc in North America.

As he sees it, business integration, “has always been about relationships and building trust and then going from there. Once you have the trust, you have a good foundation and you can build on that.”

And, when you think about it, so does success hitting all the right notes in the choir or making the best plays on the football field. He can’t wait to get over to London again to cheer on the Tottenham Hotspurs! #COYS 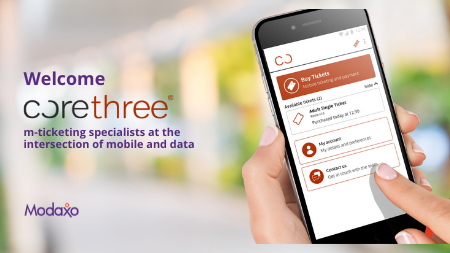 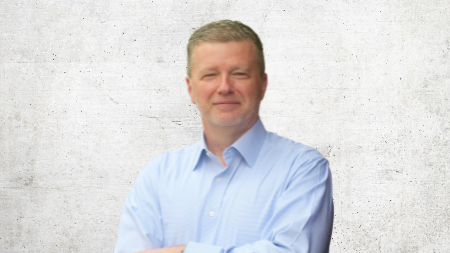