ROLE:  Group Leader with Modaxo in The Americas

Depending on which of his bands you’re going to see, with Simon Ferguson on keyboards you could get two hours of cover songs from a specific year in the 1970s, or something completely different with original Americana folk roots music he writes and arranges with his bandmates.

“The 70s stuff is great. You realize just how brilliant the musicians in the early 70s were because a lot of these songs have no regular form. You’ve got these 10-minute Pink Floyd songs and the musicality in them is incredible,” says Simon. “Music is a big part of my life.”

He also writes short stories, is a voracious reader, and has carved out time to train for his first marathon. (He’s running the New York race in November for a U.S. national kids’ charity, so he’s sworn he won’t let them down).

“I’m going to time the whole run related to my playlist. I do this for some people that I run with too, so it will be timed for motivational songs,” he says.

We should also mention that Simon mentors up-and-coming leaders in travel and hospitality, one of his former software specialities, and he was captain for many years for his rugby team, Hackney RFC, in London, UK, where he grew up.

He’s a creative guy with plenty of drive to outplay and outlast his competitors.

That’s a bonus to the skills and expertise he brings to his new role at Modaxo as Group Leader, Americas, based in Atlanta, Georgia – where his British accent is also an asset, for the most part.

“I’ve loved living in the US. I have a have a green card now, so I’m a permanent resident,” he says. He moved across the pond four years ago for a job with Travelport, the technology company that manages the reservation system for clients like Delta Air Lines.

“In Canada, people are nowhere near as impressed with a British accent. But in the US, and particularly in the south US, they are,” he says. “They’re flabbergasted. They think you’re either incredibly intelligent… or a serial killer. One of the two, so you get a little bit of kudos for the accent for sure.”

His career travels have been a high point. “It makes you more adventurous. Working with different cultures and nationalities has developed me more as a person and as a leader than probably anything else.”

Interesting, though, he started out pursuing a degree in classical music to become a professional classical musician. He changed course to history, thinking that most classical musicians end up teaching. He’s always been a composer and performer. And when he’s not playing gigs with his bands, he’ll arrange music for friends and weddings.

Simon credits his history degree with helping him develop his critical thinking and problem-solving strengths in the business world.

That insight and work ethic has been the foundation of how he inspires people and businesses to push boundaries and go further. He’s worked extensively in digital marketing and technology in the publishing and travel sectors, having a hand in the transformation of desktop to mobile services.

His move to Modaxo has meant the leap from air travel logistics to public ground transportation, where he’s helping to coach the Vontas and TripSpark businesses.

“Transit CEOs are a very inspiring group of people. They’re driven not just by taking people from A to B, but by social inclusion and environmental responsibility,” he says, excited by what he calls “a real tipping point” for public transit in America.

Inclusion and sustainability are important drivers in transit as rider behaviours and expectations have changed in the pandemic. People want more flexibility in where they live and work, which is an opportunity for better, smarter transit.

“Communities here are becoming more integrated. Atlanta as a city has changed dramatically over the last 10 years. People who were here 10 years ago hardly recognize it. Technology is playing a big role in that. There’s a lot of reason for optimism.” 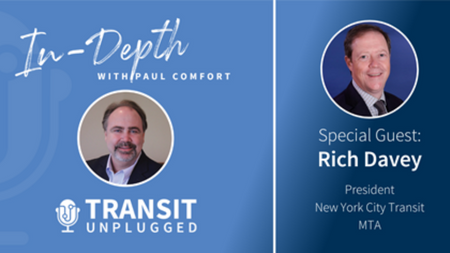 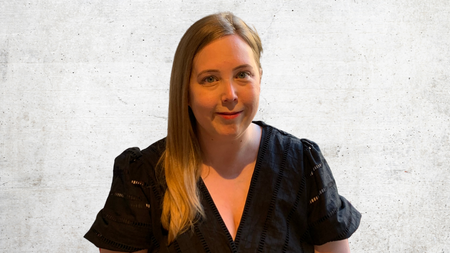